A meeting of the Freeport Economic Development Authority was called to order by Jim Hemker at 12:05 P.M. with members Mason Schirmer, Carrie Goebel and Bud Heidgerkin present. Andy Welle arrived after meeting was called to order. President Matt Worms was absent.

Approval of agenda
Heidgerken moved and Goebel seconded a motion to approve the agenda. Motion carried 4-0.

Business Subsidy Policy and Criteria
Schirmer presented a template for a business subsidy policy. Schirmer said the template was originally distributed during the October 2013 meeting of the EDA; however, no feedback discussion had been had on the document yet.

Industrial Park Lot Advertising
Schirmer said recent advertising has generated no inquires for interested buyers. Schirmer said the City is considering upgrading their website, which should help online presence by helping interested persons find the lots by searching www.google.com. Members agreed to not authorize any further advertising until after the website is up and running.

Hemker said Councilmember Rodney Atkinson has been a distraction to the City (referring to Atkinson’s actions which have been documented in City Resolution 2014-007) and have created negative publicity for the City. Hemker said Atkinson needs to understand that he [Atkinson] is there to serve the community, not himself.

The City of Freeport is an Equal Opportunity Provider

Roller Mill Office Building to be Auctioned-off
Schirmer said the vacant building is scheduled to be auctioned-off on March 27th. Schirmer said according to the auctioneer, there is no minimum bid.

Future Development Brainstorming Session
Schirmer asked members for ideas on what the next needed improvement in the city is. Goebel recommended more activities for children. Heidgerken said there are plenty of opportunities with summer softball. Schirmer asked members to share ideas and refrain from discounting any ideas at this time.

Heidgerken said the park equipment at Lion’s park and the school park needs to be replaced. Schirmer asked Heidgerken to prepare a list of all the equipment that needs to be updated.

Schirmer asked if there are any properties in town that need redevelopment other than the Creamery Site. Hemker said Rodney Atkinson’s industrial lot is unsightly to the community. Schirmer said he will be notifying Council, during the next council meeting, that he will begin enforcing the public nuisance ordinance this spring. 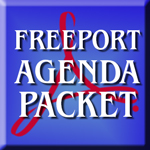